(Art Shuey writing for Encore magazine) Honestly, I’d never heard of the guy before getting his package from the record label. Other people had, however; people whose opinions should command a lot more attention than mine, so let’s begin with their quotes about the late Lenny Breau –

"He is one of the true geniuses of the guitar. I suppose he is a musician's musician. His knowledge of the instrument and the music is so vast, and I think that's what knocks people out about him. But he's such a tasty player too. I think if Chopin had played guitar, he would have sounded like Lenny Breau." -Chet Atkins

"He dazzled me with his extraordinary guitar playing... I wish the world had the opportunity to experience his artistry."
-George Benson

"Lenny Breau played more great stuff at one time than anybody on the planet... with feeling and tone. He was the best that ever lived, bar none."
-the late Danny Gatton
"He had the ability to reach into your heart."
-Larry Carlton

The late Lenny Breau was an uncrowned king of jazz fingerstyle guitar. a relatively unknown voice on the instrument, he startled newcomers to his music by his ability to comp chords behind himself sounding like two guitarists, ring out lengthy bell-like harmonic passages, tastefully blend his influences of country, jazz and flamenco and fluidly improvise in this style.
~Brawner Smoot
Guitar World Magazine
September 1986

After reading these tributes to the mysterious Mr. Breau, son of middle-rank Canadian country guitarist Lone Pine Breau and, as a youngster, a student of Chet Atkins, I was more than ready to hear the five song CD recorded in 1979 and digitally remastered in 1999. After hearing the five songs, I was sorry that the CD was so short and sorrier that I’d been missing out on Lenny Breau’s playing for so all these years. An innovator as pioneering as Django Reinhardt, Charlie Christian and Wes Montgomery, his early demise has, to date, kept him from becoming familiar to most players and fans of jazz guitar.

Thanks to the Adelphi/Genes record label and their extremely active commitment to identifying and promoting great modern music, Breau’s adept, quirky finger-picking jazz stylings and uncanny ability to sound like two or even three guitarists at once is now easily accessible to us all. 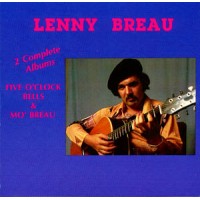 In a career cut short by murder, which remains unsolved, Lenny Breau established a unique and.. 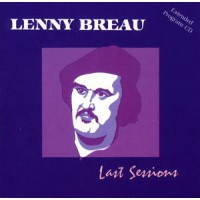